The Benefits of Turmeric and Ginger by Rishi Tea & Botanicals

The Benefits of Turmeric and Ginger 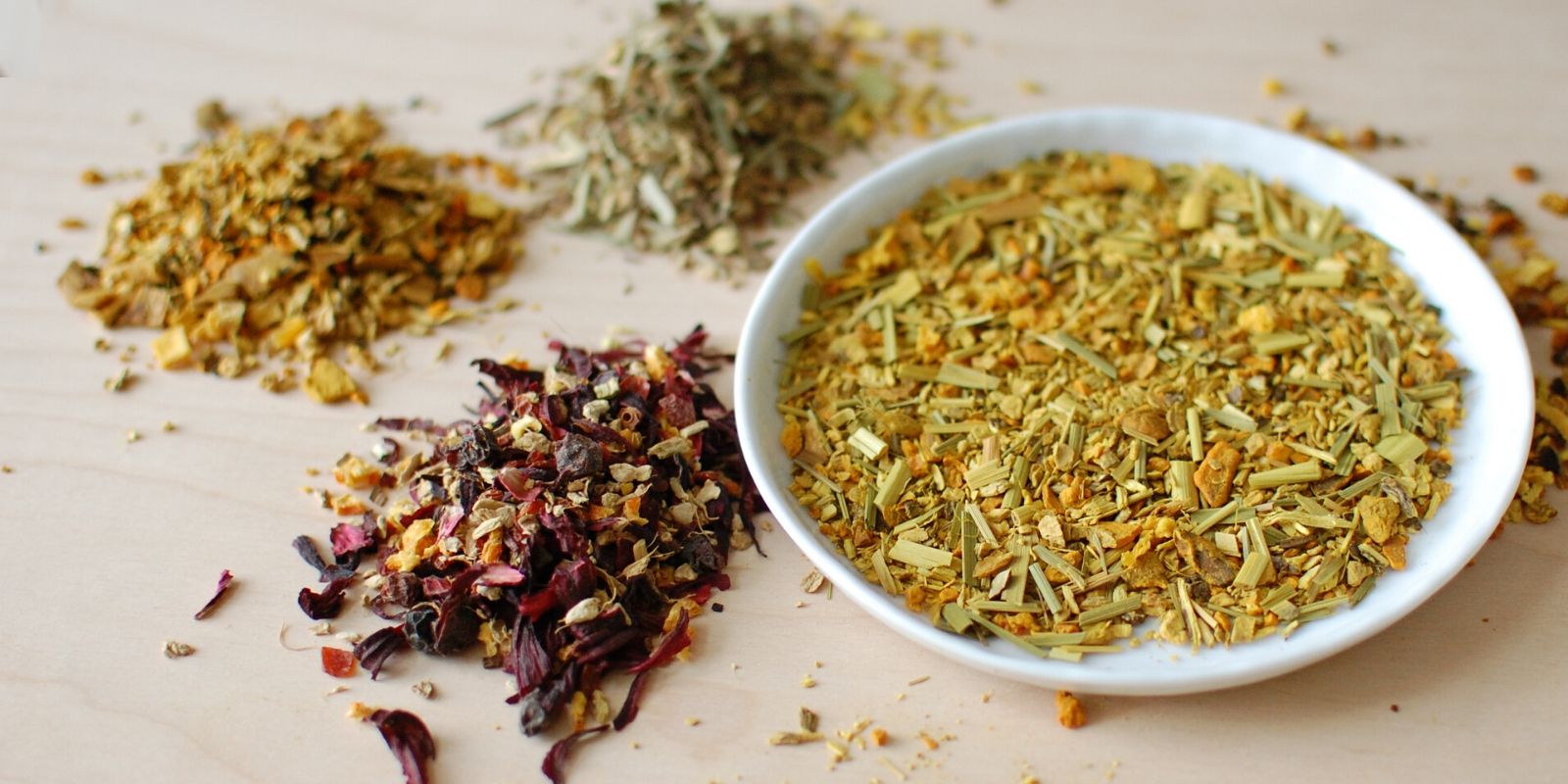 Turmeric and ginger have both been used for millennia as part of Traditional Chinese Medicine and Indian Ayurvedic medicine. With its bright yellow color, turmeric is a lively botanical that many cultures claim works to improve brain function and reduce inflammation. Similarly, ginger is traditionally know to aid in digestion and relieve nausea.

Turmeric and ginger are also used in traditional anti-inflammatory tonics. The flavors blend well together and both contain compounds known to be anti-inflammatory. However, the active constituents in both are slightly different, which enables the complementary effect of these two delicious herbs together.

Turmeric and ginger plants are both rhizomes, also called rootstocks. Rhizomes propagates through a type of a stem that sits either at the soil surface or underground and forms nodes. The nodes grow the roots and shoots in perpendicular directions—therefore, new growth can come up from the ground. One can separate the rhizome to grow new plants. Other common rhizomes include hops, bamboo, and the notorious poison oak.

Turmeric is a rhizome that belongs to the family, Zingiberaceae, to which cardamom and ginger belong. Turmeric has been used for thousands of years in Southeast, and it is also commonly linked to the practice of Ayurveda. Turmeric is a prominent spice, used in religious ceremonies, and also sometimes referred to as “Indian Saffron.” In Sanskrit, the word for turmeric is “Haridra” (the Yellow One) and in Chinese is Jiang Huang.

Similar to ginger, turmeric is a bitter digestive, a carminative (flatulence relief) and also a cholagogue, which increases bile production in the liver. In Ayurveda, turmeric is used to expel phlegm—or alleviate a kapha imbalance. The compound that is recognized as the anti-inflammatory is curcumin, which is also commercially available as isolate compounds.

At Rishi, we source our turmeric from Guatemala. In the mountainous region of Cobán, Guatemala, there is a small community called Nimlahakok—Nimla for short. We work with a group of farmers to source our cardamom and now, turmeric, from this farm.

Turmeric has been used for centuries as a wonder-herb, and it certainly is gaining traction in scientific studies and applications of the herb. Herbs are best used to create balance when consumed on a daily basis and are typically not a miracle cure delivered by consuming once or twice sporadically.

Ginger is a rhizome that belongs to the family, Zingiberaceae, to which cardamom and turmeric belong. Ginger has been used for thousands of years in India and China, and it is commonly linked to the practice of Ayurveda.

Though there are numerous compounds in ginger that attribute to these numerous benefits, ketones known as gingerol and gingerol-related compounds really drive the thought behind the touts of anti-inflammatory and anti-microbial effects.

At Rishi, we source our ginger from Mizoram, India, a Southeastern part of India on the border of Myanmar.

Notable Tea with Turmeric or Ginger 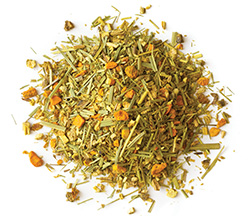 Fragrant lemongrass and citrus peels create a lemon drop candy sweetness that balances the pungency of the roots. The combination of turmeric, ginger, lemon and honey is an ancient herbal recipe for longevity, stamina and balance. 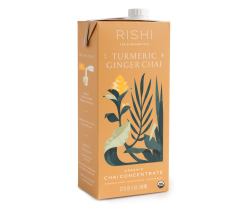 An innovative adaptation from a classic Ayurvedic elixir. We expertly combine golden turmeric root with zesty ginger, lemongrass and a crack of black pepper to create a replenishing tonic with a range of hot and iced applications.

Tangerine Ginger combines roots, fruits and herbs to create a vibrant vitality tonic. Invigorating ginger and licorice are balanced with tart rosehips and succulent tangerine. Real citrus peels awaken the senses with rejuvenating energy that is perfectly complemented by wild-harvested adaptogenic schisandra berry.
Please follow and like us: